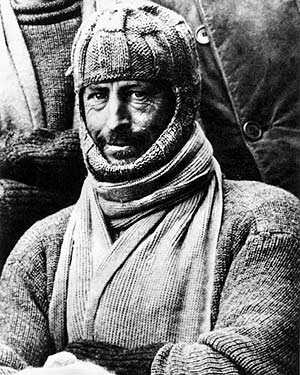 
Days and Months are Travellers of Eternity ...

The journey is a metaphor. So much is obvious. In fact, the “journey of life” is probably the single most familiar image for the pattern of our individual existence. (The river is the next most popular – starting in the hills, meandering through the flatlands, then finally merging with the sea).

But the journey is also real. Epic journeys are undertaken not just by celebrated explorers, such as Douglas Mawson or Ernest Shackleton, but also by ordinary mortals, such as the Buddhist monk Bashō, who was “tempted ... by the cloud-moving wind” to go off on his travels.

No matter how real it tries to be, all travel writing has a tendency to stress the metaphorical, simply because it has to appeal to an audience of readers who aren’t there with you – who can’t see what you’re seeing, and therefore have to interpret your descriptions in their own terms.

Terms like “realistic” or “symbolic” therefore have to be employed quite carefully in relation to all forms of travel writing, but particularly traditional, ostensibly “straightforward” examples.

Explorers’ accounts of their journeys are no exception. Such books are generally quarried, at least initially, from a travel journal (the necessary proof that you actually went where you claim to have gone – demanded by funding organisations and publishers alike). But even before that, they begin with a general sense of the genre and its requirements.

In official accounts of expeditions, for example, it’s customary not to allow any discussion of personal conflicts (hence the bitter controversy over various recent books about Captain Scott’s Antarctic expedition which re-admit the material censored at the time by – among others – the explorer’s widow).

In the case of Sir Douglas Mawson's classic 1911-14 Australasian Antarctic expedition, however, I have chosen instead to reprint some pages from a modern (1988) edition of his original sledging diaries. The two texts make a very different impression. Which one brings us closer to the “real” journey, I wonder? 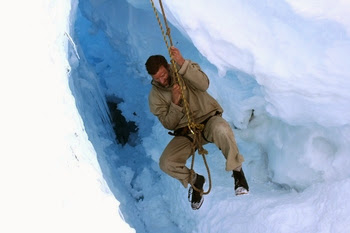 Tim Jarvis tries to climb out of a crevasse


In the 2007 television documentary, Mawson: Life and Death in Antarctica, modern explorer Tim Jarvis attempted to reproduce Mawson’s original 1912 death-march – with mixed results. Like Mawson (though not his two companions), Jarvis survived. Unlike Mawson, he proved unable to extricate himself from a crevasse towards the end of the trip.

“In the footsteps of” is one obvious way of trying to come closer to an intangible, unreachable original journey – as well as being a tried-and-true solution to the dilemma of how to recreate it for the reader. It’s the method used by Richard Holmes in his Footsteps: Adventures of a Romantic Biographer (discussed in chapter two above). It’s also the idea behind my colleague Ingrid Horrocks’ 2003 book Travelling with Augusta, recording her travels in pursuit of an ancestor whose sole surviving journal records a year spent in the small Adriatic town of Gorizia.

Another approach is found in Theodora Kroeber’s famous biography Ishi in Two Worlds: A Biography of the Last Wild Indian in North America (1961). Perhaps the most interesting aspect of this book is its attempt to recreate the stone-age California which co-existed with the modern American state until (at least) the early twentieth century. Ishi was (so far as is known) the last Native American to live in complete ignorance of and isolation from the “civilised world” – but the extraordinary thing is that he and his tribe managed to stay under the radar for so long. What did the world look like through their eyes? Kroeber’s anthropologist husband tried to find out the answer, whilst simultaneously attempting to watch over and mediate Ishi’s integration into his new world.

Whether he succeeded or not is a very controversial subject – as is his widow’s rather hagiographic account of his work – but it isn’t hard to see how this notion of seeing one’s own world through other people’s eyes is an attractive one. How does it feel to live on the North Shore of Auckland when you don’t speak any English, for instance? Is it easy or hard? Does it feel confined or free? We can speculate, or (better still) try asking those who actually know. It’s travel literature, then, only in the sense that it attempts to record a world through the looking-glass – the same place you already live in, only seen from a quite different perspective.

Bashō’s journey is, at least on the surface, more straightforward than either of these others. It’s a travel diary, the record of a religious pilgrimage, and is clearly presented as such. The discussion in Donald Keene’s Travelers of a Hundred Ages (1989), though, reveals that some of the details in the diary are, in fact, fictional. Precise weather records actually still exist from this period, for instance, and they reveal that Bashō will choose weather which he considers appropriate to particular sites and days, rather than adhering strictly to reality. It’s also a very carefully worked-over text: one which he rewrote and edited assiduously until the end of his life.

The journey, then, is a metaphor. Or rather, our generalising imaginations have a tendency to turn it into one. Kroeber and Mawson, as historian and scientist (respectively), have very high expectations of veracity to live up to on the part of their audience. Bashō, as a wandering poet, might anticipate having somewhat more licence extended to him. Nevertheless, I think the real surprise to the reader here is that the intensely everyday and circumstantial details of his itinerary have undergone any alteration – let alone extensive revision. 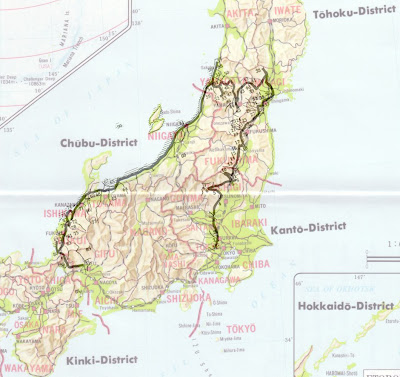 Workshop:
In the footsteps of …

In pairs, you'll act out a little travel drama (if you have time, it would be great if you could swap around and do more than one scene).

Here are some suggested scenarios:


If we have time, we'll go round the class and listen to as many as possible of the scenes. 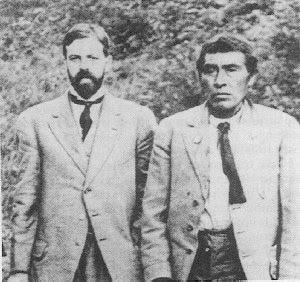 A. L. Kroeber with Ishi