I want to finish with a recap of what we've been doing and what you've been listening to over the course of the last three months, then a look forward to some of the ways I hope that your writing (and reading) may change as a result.

I want to begin by telling you two parables, or considering two case-studies - whichever terminology you prefer.

The first is the story of Marco Polo, or Marco Milione ("Marco Millions") as he was known in his native Venice. In his youth Marco Polo accompanied his father and uncle on a long, perilous journey across land from Italy to China. That was in the year 1271, long before the Renaissance, long before the invention of printing, long before most of the technological innovations we consider specifically "Western" or "European".

When he came back 24 years later, it was with a mass of traveller's tales about the sheer extent and complexity of the Great Khan's empire (Kublai Khan, grandson of Genghis Khan). Nobody believed him, however. He earned his nickname because he was alleged to exaggerate every small number into "millions". While he'd been away, Venice had declared war on Genoa, and Marco was roped into the conflict. He was captured and imprisoned, and it was while he was in a prison cell in Genoa that he met and dictated his travel stories to a writer named Rustichello of Pisa.

Rustichello specialised in writing romances, full of chivalrous knights, beauteous damsels, mysterious castles, tournaments and intrigues. He accordingly wrote Marco's story in the only way he knew how: as a romance (you'll note his prologue includes details of the Polos being enlisted to convey two ladies to a far-off destination). As a result, it was regarded as more of a work of fiction than a genuine contribution to geographical knowledge, and it wasn't until centuries later that explorers such as Christopher Columbus started to take it seriously.

The text of his account is uncertain and unauthorised, the details often garbled, but there can be no serious doubt that Marco went where he said and did what he reported. It was Rustichello, though, his ghost-writer, who created his book, one of the most popular and bestselling works in history.

Many years later, another Italian writer, Italo Calvino, used Marco's story - particularly the account of his conversations with the Great Khan - to create a very strange work of fiction: Invisible Cities. You've had a chance to read some of it, and I guarantee that you found it a little difficult to follow in parts. What's it actually about?

The blurb on the back of my Picador edition quotes from a contemporary review of the book:

'Every time he returns from his travels, Marco Polo is invited by Kublai Khan to describe the cities he has visited. The conqueror and the explorer exchange visions: for Kublai Khan the world is constantly expanding; for Marco Polo, who has seen so much of it, it is an ever-diminishing place.

Although he makes Marco Polo summon up many cities for the Khan's imagination to feed on, Calvino is describing only one city in this book. Venice, that decaying heap of incomparable splendour, still stands as substantial evidence of man's ability to create something perfect out of chaos. Nevertheless, it's a place where rats thrive; where the dead can seem to outnumber the living'


Perhaps Kublai Khan is the type of the consumer of travel literature. He stays at home and retains his appetite for marvels. Marco Polo, like James Hamilton-Paterson ("The End of Travel") or the various purveyors of "Anti-travel" we talked about a fortnight ago, is more jaundiced. The more he sees, the more repetitive it all becomes.

Which of them is correct? Both - and neither. The wonders of the world are inexhaustible (literally), but that doesn't make them invulnerable. Modernity speeds up travel, but also makes it more and more necessary to assert the necessity to stand still once in a while. 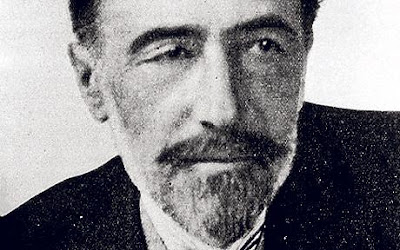 
My second parable is the story of Joseph Conrad (or Józef Teodor Konrad Korzeniowski, if you prefer). He grew up speaking Polish, in Poland, and yet he didn't - because there was no such country. Prussia, Russia and Austria had divided up Poland between them in the late eighteenth century, and it didn't achieve independence again until 1918, after the First World War.

Conrad's father Apollo was a writer and a patriot, and was accordingly arrested by the Tsarist authorities in 1861, when Joseph was four, and sent into exile in Siberia. Both his mother and father died as a result of the harsh conditions they were subjected to there, so Joseph was an orphan by the age of 11.

In an autobiographical essay Conrad records that he was fascinated by maps as a young boy, and particularly by the blank spot in the centre of Africa. "When I grow up I will go there," he said to himself - and, amazingly, many years later, after leaving Poland for France, and then for the British Merchant Marine, he did precisely that. He went there - to the heart of the King Leopold's private colony on the Congo river - and what he saw and brought back from that experience eventually became the story Heart of Darkness.

For me, the essential thing to remember when trying to understand this story is that Conrad was not British. His narrator and alter-ego Marlow is British - and is accordingly rather scornful of "foreigners", especially their attempts to run viable colonies. Conrad, though, as a loyal Pole, was scornful of Imperialism in all its forms - British, Russian and American - and his feelings about inhabiting a "blank spot" on the map can hardly be said to have been unambiguous either.

His is certainly an art of contrast and comparison. The fascinating thing is that it was by enlarging his terms of reference, by making his very real experience of the horror of the Belgian Congo into a fictionalised story, that he managed to create a work which has sparked so many analogues and echoes since - notably Francis Ford Coppola's 1979 Vietnam war film Apocalypse Now.

Travel, in other words, can be said to be what you make of it. But the destiny of the words you produce, either by dictation to an unreliable and opinionated ghost-writer (Marco Polo) or by deliberate creative recasting (Joseph Conrad), are finally unforeseeable.

Both of these stories, for me, underline the close - almost inextricable - relationship between the reality of the world we live in and the potency of the imaginative processes we use to describe and understand that world.

Conrad, as a child, imagined a journey to a blank spot on the map. That spot, when he finally reached it, bore little or no resemblance to the romantic, idealised "Africa" he'd been longing for. What it did suggest to him was a basic kinship between all the "dark places of the earth" - centres of genocide, colonial exploitation, poverty and greed. The "city of whited sepulchres", Brussels (and, by extension, London) turns out to the ultimate "heart of darkness" in his novella.

There's little evidence about what the actual Marco Polo expected to find in the vast regions he was traversing before he got there. He was, after all, following an already established trading route. The - apparently quite realistic - stories he told about his adventures in the East did end up inspiring the entire imaginative community of medieval Europe, though. And this influence eventually permeated as far as the novelist Italo Calvino in his meditations on time and space.

So what's my conclusion? I guess I want to turn it around onto you at this point. If telling the truth were a simple business, I'm sure we wouldn't need travel literature or any other kind of literature. There's no travel writing in heaven (or Utopia), that's for sure. Perhaps it all comes from our need to find a shape for our experience - a shape that somehow makes it meaningful, enables us to understand it, provides (in the final analysis) a catalyst for action?

In any case, it's a practical necessity for you right now to achieve some kind of balance between the ideal journeys of your imagination and the actual places you've experienced. Too much imagination, and you'll end up with pure fiction - too much reality, and you'll create nothing but a dull, banal itinerary. The art of travel writing lies in harmonising the two, imagining a journey, then experiencing it in reality, but never forgetting that the effect on your readers will depend on the intensity and skill with which you recreate it for them. 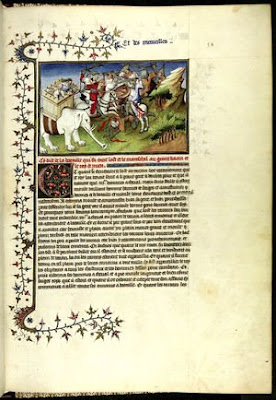 “All journeys have secret destinations of which the traveller is unaware.”
– Martin Buber 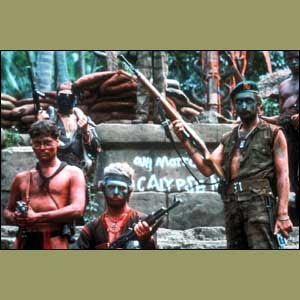